When I think about it….I've really crammed in a lot of different projects throughout my career so far.

I'll include just some of the hundreds of photos here from my "Past Life" work in some sort of chronological order. Hope you enjoy the ride so far.

This is me in my little studio at Curtin University, Western Australia. Three fabulous years of exploration and great times. I majored in Ceramics and minored in Jewellery Design. Being at Uni is such an indulgent time I think. I went back as a mature age student (25) and loved it. I am very grateful for my learning here as it was an important foundation and departure point for my future.

When I left university, I wanted to make a living doing what I did best and became very seduced by the giftware market. I had the desire to decorate anything I could get my hands on. Nowadays, bright colourful giftware is a common sight but back in the 1990's it was all new and exciting and back in fashion. The first time I saw all my work in a window display, was here in King Street, Perth and it was a fabulous feeling... I was hooked!

I was just having fun and drawing and painting in my little studio in Bayswater. People liked my work and were buying it.  I had so many ideas that I just couldn't paint fast enough.

I bought myself a little kiln and some moulds and began making my own functional ceramics. Clarice Cliff was my inspiration and I really just loved painting functional objects. It didn't worry me if they weren't used and just became a decorative piece.

These vases were quite tall (one was close to a metre) and an extension from the work I began during my student days. A russian artist called Tamara De Lempicka was an enormous influence on my work as well as my interest in Egyptian art.

Some of my most favourite works… I just adored creating "one off" pieces but in production (if that makes sense). I wanted people to be able to afford to own a unique work of art.

I began to realise that I just couldn't do everything and my love was more about the surface design rather than the object. Russell had moved over from Victoria, where he'd completed an apprenticeship at Bendigo Pottery. Actually, he was the third generation in his family to work there! I wanted to collaborate with a potter so our meeting seemed very fortuitous at the time. We formed 'Purple Betty Designs', set up a studio in Midland and began our 6 year business relationship. He's an incredible potter and made the most beautiful hand thrown work. We were both very passionate about the ware being hand made and unique. We exhibited at the gift fairs on the East coast and proudly supplied beautiful stores all over Australia and New Zealand.  After some time, mass produced colourful pottery started to flood the market and it was not easy to compete with the price point. It became clear that it was time to finish our venture and go our own separate paths.

We are both very proud of those years and the hard work we put in. I really love the pottery that we made together and what we'd achieved and learned from each other. They were special times.

There was still so much to paint though!

I began transferring my ideas onto ceramic tiles and instead of firing them, I used a very high gloss resin finish. Once again I took them to the Gift trade fairs and they became extremely popular. Before I knew it, I had quite a large and busy business employing many people and having agents in just about every state. The tiles were amazing and I felt very fortunate to have had such incredible opportunities during those years. There are many stories that could be told from this era, but after several years and thousands of tiles later I decided to hang up my tile painting days.

Having my daughter in 2004 helped cement this decision. I just wanted to focus on being a mum and I'm so glad I did. The tiles were amazing times with wonderful memories, great friendships and a whole lot of learning. 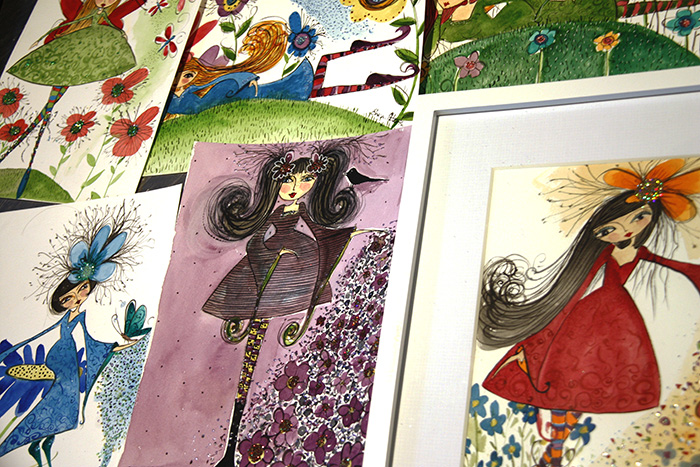 It was around 1998 that I really had a vision for seeing my designs on many different products. I know that it wasn't physically possible for me to create so many products myself, so Art Licensing was suggested. People like Ken Done had a successful campaign with his work on products like placemats and tea towels, and he became my inspiration. I found myself a Licensing Agent and we began to introduce my work to Australian manufactures. It was quite a new notion back then and it was a slow start, but I did some exclusive work for Kmart on linen, also stationery and ceramics.

Great experience and a good beginning. I visited the New York Licensing Fair in 2000 and exhibited there in in 2002. With now an American Agent, I was able to enter into the lucrative American market across some new categories such as magnets and clothing. Australia continued a great campaign with placemats and ceramics. Timing is everything in that industry and while I'm still involved with Hale Imports (placemats), fashions change and it can be quite tricky to maintain a presence. I still have a secret dream to have many more products with my designs used.

In 2005 I  packed up my big studio and took it to my home. I'd completed a circle and I was back to my beginnings - but in a new way.  I still had the desire to sell my work via the trade fairs. It was something I knew well and could manage with a small baby, with the help of my amazing husband. Being hand-made and unique was still very important to me and I wanted to make that available to people for an affordable price. With so much giftware around now, it was becoming increasingly difficult to create homewares for the right price. I finished with the wholesale business and decided to have a break. There were rumblings in my soul to paint the exhibition quality work that I'd stored away for a another time. While I enjoyed my years employing people and trying to build an empire….it was time to say goodbye to all of that life and focus on my desire to paint. 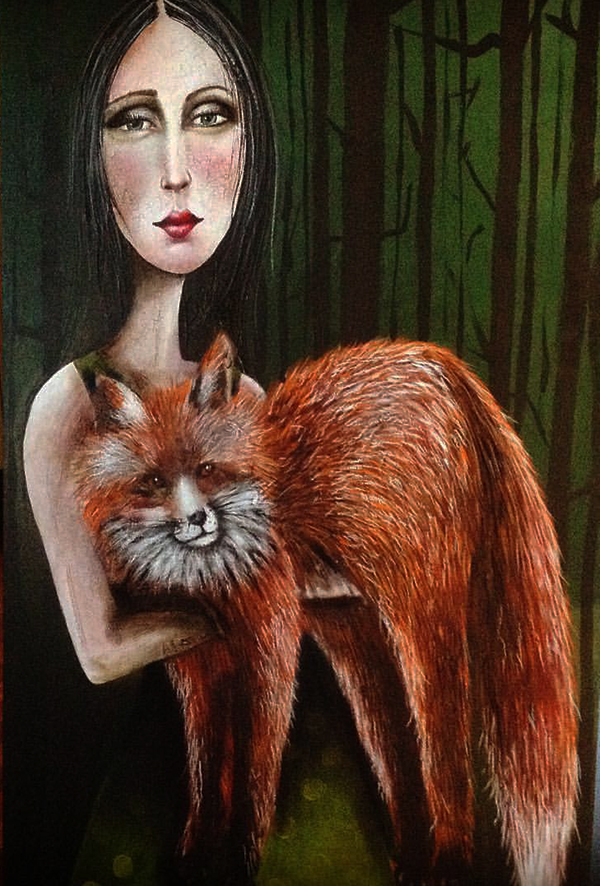 Which almost brings me to now… For the last few years I've dabbled in many and varied mediums - woman's skirts, handmade bags and even having "real" job in an arts supply retail store (which I love). Being involved in many different projects can result in being spread too thin, but with me, it is just the nature of the beast. I always say, ideas are never the problem. Like with many creative people, there are always so many fabulous things to make and do and I love making a living from my art. 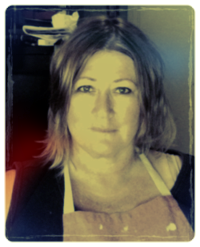